An obscure little coffee shop named after Captain Ahab’s chief mate opened its first shop in Hyderabad. It’s just a couple blocks from our church, so we stopped in today after services. The building itself is finished in the meticulous quality and detail that you would expect, with chalkboards, reclaimed wood, and a large wall of mugs for sale that will be immediately familiar to any Starbuck’s regular. At the same time though, there are enough hints of India to feel local and not out of place. It is also, without question, the largest Starbuck’s I have ever been in, with plenty of seating on the main floor and overlooking balcony to accomodate the large crowd.

The coffee itself was Starbuck’s. No surprises. No Indian twist. Just exactly the same decent-but-not-great cup of coffee I’ve had at every other Starbuck’s ever.

I’ve long said that Starbuck’s food is better than their coffee, and the food here did not disappoint. The menu was a mix of western and Indian flavors and I tried a salmon & cheese sandwich on a croissant roll. Sara got a chicken pastry that ended up being more Indian spice than she was expecting or in the mood for, but I tried it and found it to be quite tasty as well. 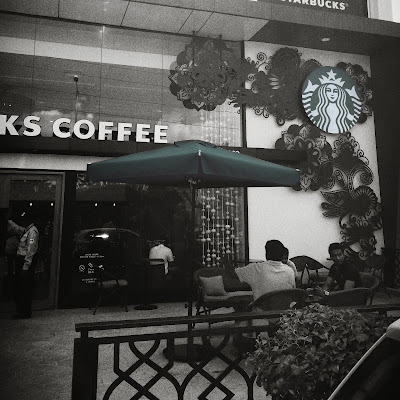 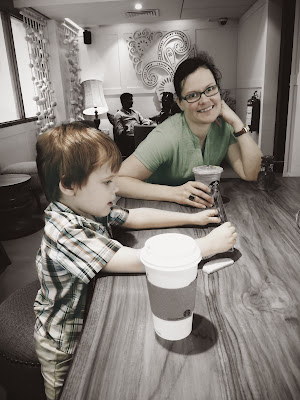 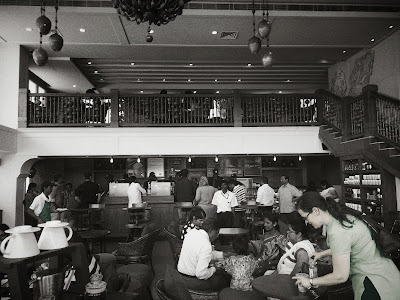