We had a wonderful weekend visiting with family! It was the first time in over 1 year that Bill and I have seen Rebecca and Kevin. We spent the weekend catching up! Julie was completely surprised to see us (Bob had it all planned out to fly us to Indiana for the weekend). We are truly blessed!!! 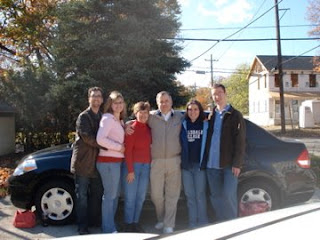